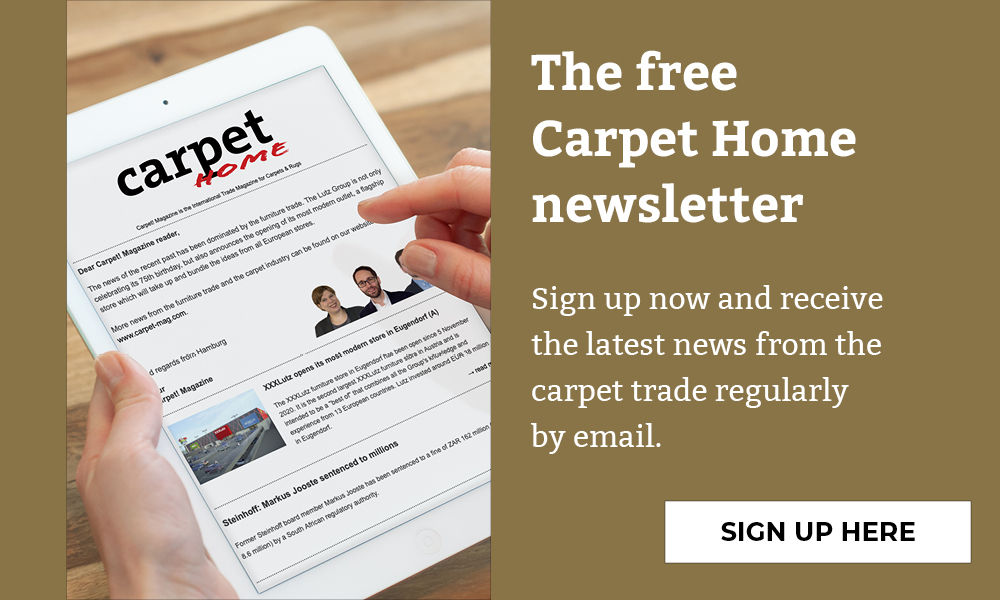 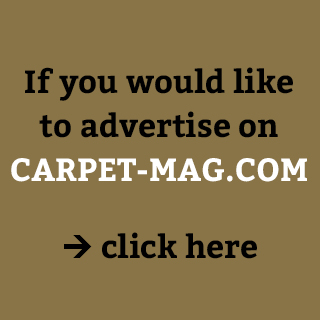 Germany's largest discount supplier for furnishing and renovation is expanding in eastern Germany and coming to Gera, a city with 92,000 inhabitants: Poco is expected to open its 127th furnishing store there in the summer. This was announced by the company. The conversion and modernisation work has already begun.
More
01.02.2023

Domotex Turkey, the Turkish spin-off of the world's leading trade fair for carpets and floor coverings, will take place this year from 10 to 13 July, two months later than usual. Unchanged is the venue, the Middle East Expo Center in Gaziantep.
More

Domotex Asia/China Floor 2023 will be moved back two months in the trade fair calendar. Instead of 29 to 31 May as previously planned, the event will now take place from 26 to 28 July. The Chinese floor coverings fair will also return to Shanghai on the new date.
More
27.01.2023

At the beginning of the year 2023, Riccardo Will (photo) took over purchasing for rugs and the position of sales manager at Otto Golze. He succeeds Jochen Maier, who left the company. Will has many years of experience in the industry; he most recently worked for the Schlau/Hammer group of companies as a buyer.
More
24.01.2023

More than 350,000 m²: Ambiente, Christmasworld and Creativeworld are fully booked

The German furniture trade purchasing association Einrichtungspartnerring VME was able to realise a centrally regulated turnover of 1.76 billion euros last year. This corresponds to an increase of 10.3 percent compared to the previous year. "This extraordinary result is certainly more due to a strong first half of the year in terms of turnover, but in the second half of the year our members were still able to hold their own in a politically and economically difficult situation according to the circumstances," says Chief Executive Frank Stratmann.
More
23.01.2023

XXXLutz is further expanding its market position in Switzerland. The Austrian furniture retail giant is taking over Conforma Switzerland. As reported by the online service blick.ch, nothing is to change in the brand presence and the branch network of the furniture store chain. The Conforama brand and locations will be retained, a XXXLutz spokesperson said on Thursday in response to a query from the AWP news agency. The takeover would also have no impact on the jobs of the 850 employees.
More
18.01.2023

In 2024, IMM Cologne will take place in January again

The international furniture and interior design fair IMM Cologne will take place in January 2024 with a five-day run from Sunday, 14 January to Thursday, 18 January 2024. After a break due to the pandemic and the special imm Spring Edition taking place in June 2023, the interior fair will resume its established date from next year.
More
17.01.2023

A successful new start. After Domotex was cancelled two years in a row due to the pandemic, the world's leading trade fair for floor coverings and carpets started up again from 12 to 15 January. In eight halls - some of them quite airy - more than 730 exhibitors presented themselves to international visitors, 69 % of whom came from outside Germany.

Even though there were significantly fewer exhibitors in Hannover compared to 2020, this did not dampen the good mood. Whether handmade individual pieces or machine-woven collection goods: the exhibitors were consistently satisfied to enthusiastic about the response. Most visitors to the carpet halls were also satisfied with the range on offer, even though some buyers missed their regular suppliers.
More
more News
Carpet Home

Thank you for subscribing to the Carpet Home newsletter

We've sent you an email in order to verify that the entered email address is associated with you. Please make sure you click the link provided in this email to activate your account.